Simon May took up the reigns of Club Chairman at the beginning of 2020, stepping up from his previous role as Competition Secretary; a proud moment indeed for Simon and his family.

Simon and his brother, Adrian, are well known competitors and contributors to motorsport, in FDMC and beyond, including much work behind the scenes for the Abingdon CAR-nival and FDMC Sprints.  They’re also strong contenders in sprints and rallies, at championship level, in cars prepared ‘after office hours’ at their motor engineering business, like this Escort. 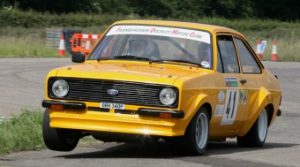