From the Event Organiser, Graham Skeggs:

Click here for the Regs for this year’s Gwyn Jones Memorial Rally which will celebrate its 10th Anniversary.  Starting and finishing at a local Pub very much on the ‘patch’ that Gwyn would have competed on and, in his later years with myself, organised events just like this event now, run in his honour.

Click here for the entry form, this should be completed and returned to Graham (click here to email).

Hopefully we can attract a full entry and add some more names to the list of previous winners shown below:

We have looked at the navigation and believe it to be more straightforward than last year and have enlisted the help of a seasoned competitor to double check.

As ever we need a small army of marshals so please put the date in your diary and come forward and offer to help. The will be a marshals draw at the finish with the opportunity to win something worthwhile.

Looking forward to seeing you all on the 10th. 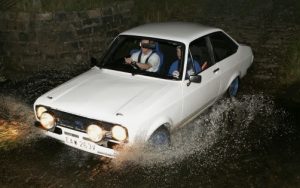 Attached are the final results from the Gwyn Jones Memorial Rally. There have been some minor adjustments to the provisional results announced on the night, now that we have had the opportunity to look at the marshals’ check sheets. We have also considered the comments made as a result of the location of MTC11 not being given in any of the paperwork given to the experts, which meant that the final section had to be solved in order to reach that control, with a couple of crews then not making it in time. On reflection, we consider that the fair and reasonable course of action is to penalise OTL on the same basis as at a TC (30 minutes) rather than exclusion. This has not made any major changes to the results, but means that all finished, apart from Colin and Rhys who unfortunately experienced car problems half way round.

Firstly, many thanks to the marshals, listed below, who enabled the event to take place. Thanks to their support we were able to man all 11TCs and 5 secrets.

Congratulations to Ben Willshire and Derek Harden who, running as beginners, returned the best result of all. Whilst they had the benefit of marked maps, on such a complex route, with a number of not as map triangles, it was no mean achievement to get round the route without missing any of the boards, although they did record the only dummy board on the route, on the short way round a long way round triangle.

The best performance in the other classes, and therefore winners of the Gwyn Jones Memorial Trophy, were Chris Pratt and Glynn Hayward; congratulations to them. They persevered when things may not have been falling into place as normal, and ended up only missing two boards (and also recording the dummy).

We certainly intended the event to be reasonably challenging, wishing to reward the best navigators, and not just the fastest drivers, although we do hope that all did enjoy the route. However, we know just how hard it is to get the right balance, and from your comments it is clear that the navigation proved more challenging than we had intended. We attach brief explanations of the navigation handed out to experts, and whilst it is always so much easier to solve navigation in your living room rather than being bounced around in a rally car, it might be that you will now notice hints that you might have missed on the night, and that would have helped.

Many thanks for your support of the event, most certainly including the following marshals:-

Wishing you all a Merry Christmas and a safe 2021.

Click here  for the combined regs and entry form, good luck to all crews and thanks in advance to the marshals and volunteers. 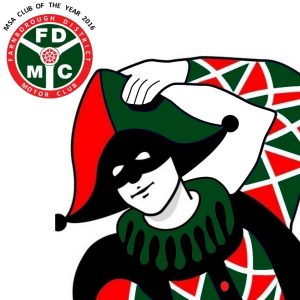